The wife of a homicide detective, Annabelle owns a struggling quilt shop where her best customer is a demanding, complaining, pain in the butt. David, Annabelle’s husband, tends to neglect her when the bodies in New Orleans start piling up. Annabelle daydreams about and flirts with her cousin’s gorgeous, sexy husband so much so that her cousin angrily accuses her of trying to steal him away. But when her cousin is found dead, both her husband and Annabelle are suspects because they will share a large inheritance.

Although David opposes starting a family, Annabelle becomes pregnant. Upset at the news, he asks if he’s the father. If the detectives’ suspicions and David’s accusations aren’t enough, Annabelle fears that there’s a deranged man stalking her. Detectives Margaret Angelo and Max Wilson (last seen in The Taste of Her ) rescue Annabelle but then have to arrest both her and her cousin’s husband.

What did happen to the cousin? Will the detectives untangle this mess in spite of troubles in their own lives? Can Annabelle and David’s marriage survive? Purchase through Amazon.

The Taste of Her

The Taste of Her is the story of Margaret Angelo, a New Orleans homicide detective. Despite the sexism of the NOPD, she works to catch a serial killer, the Slasher, who kidnaps women, assaults them, and gets off on licking their bodies before he kills them. Although devoted to her job, Margaret longs for a life partner. She reconnects with a high school acquaintance, Jim, whom she hires to paint her house. They begin a relationship, but Margaret is kidnapped by the Slasher and faces certain death. The other detectives manage to rescue her, but the Slasher escapes their trap. He is losing control and hunts Margaret down, determined to finish her. With Jim’s support, can she escape this mad man? Purchase through Amazon.

A divorced professor, Marilise, struggles with an unintended pregnancy from a foolish one-night stand. When her high school sweetheart, Tommy, shows up as a student in her class, she’s scared to get involved. He’s a short-tempered homicide detective working on a case where a sportscaster is accused of shooting his ex-wife. Tommy is attracted to the new Marilise.

She attends the sportscaster’s trial to see Tommy testify. In the bathroom on a break, she overhears a thug threaten a woman juror to vote not guilty. She tells the judge and becomes a target and a risk to a local politician’s plans. Tommy and Marilise rekindle their relationship while he attempts to protect her. Can their new relationship survive the threats and will he accept her pregnancy? Purchase through Amazon. 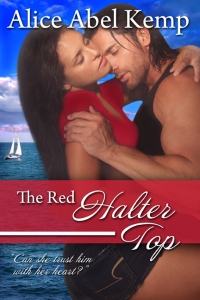 A young woman finds the love of her life in a crummy waitressing job at a country club where she’s forced to wear a revealing red halter top. The hot romance falters when he says the worst thing possible in the middle of sex. Can she forgive him? Or trust him?
Purchase through Amazon. 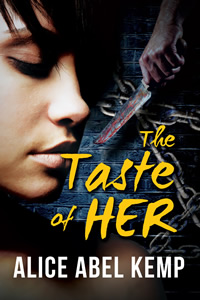